Fashion has a way of picking up trends, rushing them forward and then dropping them like a bad habit when the next best thing comes along. The current social justice movement and focus on equality for our black and brown brothers and sisters cannot follow suit.

How did we get here? Well, for hundreds of years black people in our country have been enslaved, segregated, oppressed, held down, beaten, killed. With desegregation came the loss of many black owned businesses that were previously servicing black-only communities. Food deserts in black communities. Toxic water supplying black communities. Education inequality. Prejudice and discrimination in housing markets, job markets, and supermarkets alike. The injustices continue.

Why is it so common for retailers to assume criminality when a black shopper comes into their store? Are white people that damn scared of black people? There is a culture of fear, a culture of unfair judgment placed on black people. Instagram fashion watchdog, Diet Prada quickly shone the light on Anthropologie as they were called out by their employees for profiling Black people and using the code word “Nick” to alert their store staff when black people enter so they can follow them closely. And guess what, they aren’t the only ones implementing this type of practice. (Not that any of this is news to any black person reading.)

Double standards are the norm.

Black people have been required to be exceptional in order to be given a chance, while white people just need to show up, have an important last name or the right look to be ushered through the ranks. There is room at the top for people of all ethnicities and the view is more clear when you are sharing it with people of diverse backgrounds, who can bring light to your shadows, inspire different forms of thinking, and can collaborate in innovative ways. Homogeny breeds homogeny.

Fashion is an industry that sees itself as progressive, forward thinking and inclusive. Is it really though? Often the industry is behind the curve of consumer demands and trying to catch up. Traditionally this industry is like countless others, run by mostly white, mostly male executives. Fashion has thrived on taking inspiration, many times blatantly knocking-off, black cultures from every corner of the world, yet failing to hire Black people as leaders in influential positions and C-Suite roles. Black influencers are often slighted, paid less, not credited properly, or even asked to work for free disproportionately to their white counterparts.

How do we make supporting black lives a natural part of everyday rather than a fleeting fad? Firstly realize that this is not political. This is not a marketing strategy to get more likes or to increase your following. It is about human rights. Period. Protecting black lives does not mean hurting white lives. It is recognizing that until now black lives have not been given the same privilege, respect, chances or care as their white counterparts and there is absolutely no reason to continue doing so.

White people need to make room for diversity in their lives and even seek it out.

Our industry should reflect the diversity of our country at every level. It does not make sense that companies can issue reports of diverse staff at retail store levels but have zero diversity, or extremely few non-white employees in upper management, C-Suite, and board member positions. Give minorities a growth path.

When trends change there is often a pendulum swing from one extreme to another. We went form sky-high platform heels to dad sneakers. From low-rise jeans with a 2 1/2” front zipper, to high-waist pants hitting well above the belly button. The g-string to boyshorts. From the WonderBra to the bralette. Can we go from white washed boardrooms to all-black, or multi-ethnic boards?

Ruth Bader Ginsburg’s notorious quote comes to mind. “When I’m sometimes asked when will there be enough [women on the Supreme Court] and I say, ‘When there are nine,’ people are shocked. But there’d been nine men, and nobody’s ever raised a question about that.” Why not make it a goal to have all black, or majority minority boards, ad campaigns, executives?  Alexis Ohanian, co-founder of Reddit and husband to Serena Williams, recently stepped down from his position on the board. This move was in order to encourage them to replace him with a black candidate. Reddit has since made good on that promise.

How we move forward.

There have been countless top level executives pushed out recently in the fashion and media world due to racist environments they helped created and/or perpetuate. Why not replace every one of those roles with a black or minority candidate? Hiring diverse talent at every level of a corporation is an important step in righting the wrongs of our history. We need input and oversight from more than just white people. We need our entry level talent to see themselves in the upper rankings of their industry to know there is room for them, too.

As a white woman, I know that I will never be able to fully understand the experience of black men and women. My understanding of a situation admittedly is often not nuanced enough to see the underlying discrimination without some help.  I am also the mother to biracial daughters, the wife to a black man. My commitment is to doing my best in learning how to create change, in offering equal opportunity to people of color, and to raising each other up. For many years now I have held a position of hiring power in this industry. I have always placed high value on hiring diverse teams and have worked to teach those under me everything I know. I will always be committed to growing my team in a diverse way and to encourage my clients to do the same.

Independent brand owners have the power to integrate diversity and inclusion from their core. Diversity should be looked at similarly to sustainability. Our world needs companies that are keeping its health in mind in both a physical sense and in a human sense. Take care of each other. Support each other. Reach over and pull each other up.

Vote with your dollar.

For a great discussion and real talk insight into the experiences of 6 influential women in the fashion industry (intimates specifically) tune into the replay of this Curve Webinar series from last week: Lingerie shopping in the Era of Black Lives Matter. Cora Harrington of The Lingerie Addict hosts panelists, Tina Wilson, designer and President of The Underfashion Club, Wen, Founder of Comics Girls Need Bras, Amber Tolliver founder of Liberté, LaTimberly Johnson, Creative Director and Owner of Loulette Lingerie, and Rosa Viola Harris, owner of The Vy’s Closet.

To all of our black and brown friends, clients, and family: We love you so much. We need every single one of you. 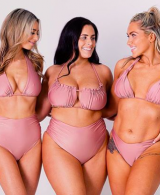 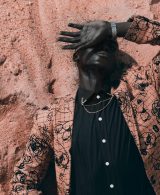