Fall of the Angel, Rise of the Savage 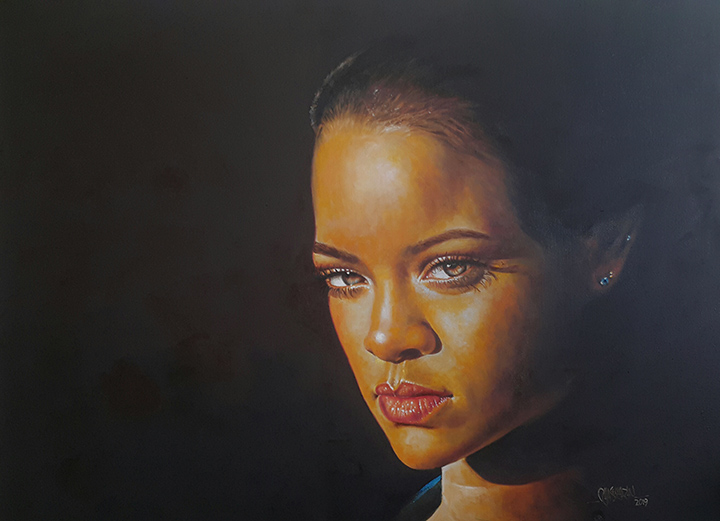 The detailed history of fashion shows remains obscure, waiting for a true historian to take up the cause and follow it all the way back. It is believed that the fashion show as we know it may have started as fashion parades in the 1800’s, held in Parisian couture salons.

It was not until the 1900’s that American fashion adopted the concept. It is likely that the first show was put on in New York City by the Ehrlich Brothers store in 1903. Large department stores began holding their own fashion shows in the coming years. Often, those shows featured gowns from Paris, or American copies, and were directed towards the attention of affluent female shoppers.

Come the 1920’s retailers across the country were putting on fashion shows that were theatrical and themed. The shows drew thousands of customers and on-lookers.

Fashion shows moved out of retailers and into private spaces in the 1970’s and 1980’s. However, there were enough mishaps and unsafe locations to lead the industry to seek out something more sanctioned. Enter Bryant Park. In 1993, as a response to these problematic private shows, New York fashion week shows became centralized in this famed location. This is the fashion week that many, especially New Yorkers, know and speak of with fond, somewhat chaotic memories. After 17 years in Bryant Park, the fashion week tents moved to Lincoln Center. Now, those tents are long gone and designers again have started spreading out throughout New York City, many shows moving into Brooklyn. Most shows are now being held at Spring Studios in Tribeca. Alternatively, many brands opt for more unique spaces around the city, both indoor and out.

Fashion Shows have a rich history in showcasing couture designs. Ready-to-wear started taking focus in the 1960’s with Yves St. Laurent’s first ready-to-wear collection. Lingerie was not a typical product to be shown on the runway until much later. Victoria’s Secret’s first fashion show happened in 1995 at the Plaza Hotel in New York City. The intimate apparel brand spent the next 20-plus years one-upping itself on the runway year after year. They broadcasted the show on television for the world to see. And the world watched on. In 1999 when the show was first broadcast, they had 2 million viewers. The show peaked at just under 13 million viewers in 2010.

Victoria’s Secret held the top spot for many years as the #1 bra and underwear brand. They almost monopolized the industry for the tween to middle age set. Their signature Angels were aspirational creatures of flawless nature, fabricated by the likes of Ed Razek, recently retired chief marketing officer. Perfectly coiffed hair, too perfect to be true cleavage, stomachs that seemed to curve in if anything, legs that went on for days, and not a body blemish in site. They embodied these bubbly, flirty, untouchable, fantasy girl-next-door personalities. Looking back, it almost seems obvious that the average consumer would tire of such manufactured perfection.

The Victoria’s Secret shows grew to be out-right spectacles. The signature Angel wings became bigger and more elaborate. The diamond crusted-multi-million dollar bra features were beyond over the top. They spotlighted the hottest bands and made household names out of many young female models. I remember myself intently watching every December to see what they would put out next.

The luster faded for me when they started breaking the runway views to show back stage scenes. It seemed to just highlight the fake-ness of it all. The constant duck-lipped, peace sign holding poses from the models, and kiss blowing was enough to give me a cavity. While every fashion show is designed somewhat to model a fantasy, this one became almost annoying to me, and it seems I wasn’t alone. By 2018, the viewership dropped down to only 3.27 million, with a steady decline over the previous few years.

Recently, Ed Razek, who is believed to be responsible for Victoria’s Secret’s tired image, has been lambasted for his comments about plus size women and transgendered women being unwelcomed in the brand’s imagery, not to mention their product offerings. The 71-year-old white male businessman failed to get the memo that the world is changing. Women don’t want to be fat-shamed. They are taking control of their own fantasies. Those fantasies include all bodies.

The industry and consumers were obviously ready for something new. But what brand was positioned to give it to them? Then came Savage X Fenty.

If you follow Rihanna on social media, there was pretty much an Instagram take over in anticipation for the brand launch. Powerful, in your face images showed up telling us that something major was about to happen. Rihanna launched her Savage X lingerie line in 2018 as an inclusive brand. She was bringing to lingerie what she had already brought to the makeup world; multiple skin tone shades, diverse body types, sizes and looks, and bold, trendy styling. Then she held her 2018 NYFW fashion show, featuring a rainbow of skin tones and bodies, including 2 very pregnant models. Slick Woods serendipitously went into labor almost immediately after walking off the runway.

This past New York Fashion Week’s Savage X show was basically that on steroids. Rihanna pulled out all the stops to redefine what a lingerie fashion show should look like. Not to say that many fashion shows are not great theatrical feats but, Rihanna did not approach this like a typical designer, instead more so from the perspective of the global entertainment superstar that she is. And the world of fashion shows may never be the same.

Rihanna and the brand partnered with Amazon Prime to stream the show exclusively on their platform a couple weeks after the runway show wrapped. If you did not have the pleasure of being a ticket holding audience member of the show, you were likely waiting patiently for it to finally air after closing out New York Fashion Week in the Brooklyn Navy Yards.

Savage X took a bit of a page out of Victoria’s Secret’s handbook by starting the documentary by showing insider footage of the inspiration for the line, how it came together, model castings, pre-show fittings and day-of behind the scenes pre-runway footage. The difference? The people, the inclusion, the messaging, the confidence and portrayal that this is for the wearer, not just for male pleasure.

Rihanna did not hold back on the star power included in the show, from musical performances by Migos, DJ Khaled, Asap Ferg, Asap Sean, and Halsey and top models including Gigi and Bella Hadid, Cara Delevigne, Normani, Laverne Cox and even Rihanna herself in the opening scene. Top models though were more of an accessory. The true stars of the show were the dancers, the unknown models sporting beautifully feminine bodies in countless shapes and sizes. There were trans women. There were rolls, there were abs, there were prosthetic legs. There was every shade from the lightest beige to the richest brown skin. Every woman that walked that runway owned it. Every woman in that show was beautiful and confident. It was a refreshing, beautiful type of fantasy world where we all can live, love, dress and accept, a vast departure from the “perfect” Angels that traipse down the runway at VS.

The Savage X show seemed to say that the woman is the focus. She is the one that is being listened to, thought about, and empowered. Almost every woman out there could identify with someone walking in that show, which is not commonplace in this industry. While it was sexy to the core, it did not wreak of feeling that the women were only on display for someone else’s pleasure, as the Victoria’s Secret shows tend to do.

As far as fashion show production goes, Rihanna nailed it. She just set the bar a few notches up. Bravo to her and her team.

My one complaint about the show was that it was a little hard to really see the garments for what they were because of how much was going on. Everything looked great en masse but looked more of a sea of bodies and pops of color than anything. While the Savage X line is super affordable and has some great styles, the quality of the garments has come into question. They are also seemingly lacking any sustainable processes in their supply chain. If they have them, they are not making them known. I realize you can’t always do everything at once, but sustainability is a huge necessity right now, especially from companies that are fully funded and producing a high volume of goods. I hope to see these conversations entwined in future product ranges from Savage X Fenty.

Until then, we’ll stay inspired, empowered and in love with Bad Girl RiRi.

Did you watch the Savage X Fenty show? Tell us your thoughts about the line in the comments. 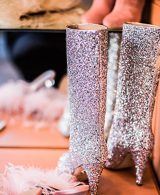 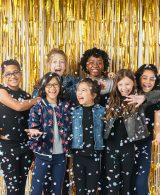